At Home in the Fields of the Lord
A Gentile in New Jerusalem: certainly I was. Salt Lake City is a divided concept, a complex idea. To the devout it is more than a place, it is a way of life, a corner of the materially realizable heaven; its soil is held together by the roots of the family and the cornerstones of the temple.1 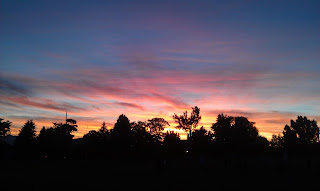 Salt Lake City is an easy town to know. You can see it all. Lying in a great bowl valley, it can be surmounted and comprehended and possessed wholly as few cities can. … The streets are marked by a system so logical that you can instantly tell not merely where you are but exactly how far you are from anywhere else … Looking into the blank walls of cities … breeds things in people that eventually have to be lanced.2 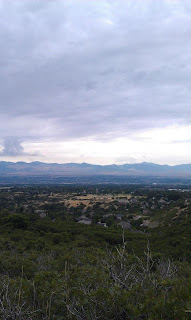 Because I believe in the influence of places on personalities, I think it somehow important that certain songs we sang as high school or college students in the twenties still mean particular and personal things. “I’m Looking over a Four Leaf Clover” is all tied up with the late-dusk smell of October on Second South and Twelfth East. … “Exactly Like You” means the carpet, the mezzanine, the very look and texture and smell, of the Temple Square Hotel.4

Recapitulation
Progress had been at work on it. Old buildings had been replaced by newer, taller ones, and something drastic had happened to Main Street. Its sidewalks had been widened well out into the former traffic lanes, and the streets narrowed to half its width. … The effect was like the Soviet exhibit at a World’s Fair, something created by Heroic Workers. Merely human activites would be diminished on such a street.5

It Is the Love of Books I Owe Them
I am coming along Thirteenth East on my way to an eight o’clock class. It is a marvelous morning – it is always a marvelous morning, whether the air is hazy with autumn and the oakbrush on the Wasatch has gone bronze and gold, or whether the chestnut trees along the street are coned with blossoms … I am enveloped in a universal friendliness. I turn at the drugstore on Second South and start uphill toward the Park Building at the head of the U drive.6
1p. 62
2 63-64
3 66
4 68
5 12
6 16

Can he give her up, or postpone her, perhaps for years? Can he cut himself away from everything familiar and secure—friends, job, tennis, Sundays when the whole hard week uncoils and stretches?The answer is that he probably can, for he is tacitly planning to. But September is a long way off. Decision, though he has to sign his name to it within a few days, will not produce its consequences for three months. Recapitulation, p. 166
Posted by Charly at 6/05/2013 03:48:00 PM