Analysis of "A Letter to Horace Greeley."

Within the vast scope of non-fiction, I seem to skip over the plot of land that covers political writing.  Political speaking.  It sounds yawny to me.


And yes, I just invented that adjective. It's like brawny, but...yawny.  Lame.  Tiring.  Tedious.  Boring.

So, as part of my self-directed learning plan, I want to study a little more political writing.  Within an anthology of letters, I found this little gem:

A letter to Horace Greeley, from Abraham Lincoln, in response to an article written by Greeley, titled "The Prayer of Twenty Millions." I decided to take a stab at it critically (inspired by Dr. Burton's review of Neal A. Maxwell's dissection of two sermons) ; being careful to analyze the appeals to ethos, logos and pathos, while also examining kairos: the timeliness of the exchange.

In August of 1862 the United States weren’t united, but, rather, entering into their second year of the Civil War.  There wasn’t room for neutrality, and Horace Greeley was verbal in his evaluation of a prominent issue:  slavery. 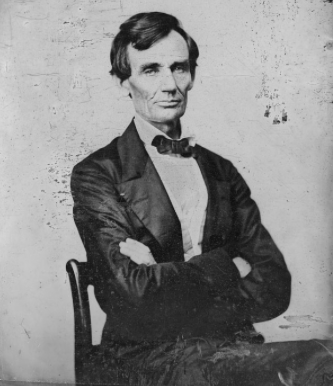 The New York Tribune editor published an article titled, “The Prayer of Twenty Millions,” criticizing Lincoln’s administration and their lack of direction and resolve.  Lincoln had been reluctant to enforce the Confiscation Acts of 1861 and 1862, but still expressed his “personal wish that all men every where could be free.”  Therefore (erroneous or not) Horace Greeley found himself in an easy position to lambaste the president of a crumbling union.

Lincoln responded to the article—published August 20, 1862—a short three days later, and made clear his intentions.  However, he did it in such a way that could only sway the reader to side with him.  He begins with the martyr approach.

Oh you silly Mr. Greeley.  You think this is about slavery?! Of course not!  The direct and stated audience is Horace Greeley; the intended audience is the vast collection of citizens in the Union.  This letter pats them on the shoulder and says, “There, there. My intentions are only to keep us together.”  And Horace Greeley, upon the death of Lincoln, makes that very point:  Lincoln is securing his platform; he wants them to see from his side. 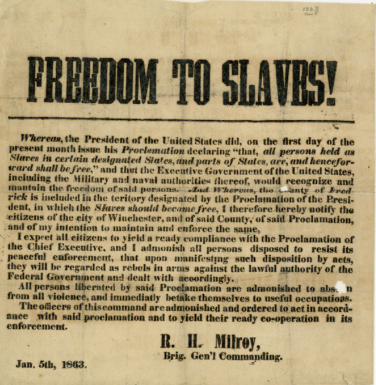 To prove a point, at the time the letter was written, Lincoln had in his desk drawer a drafted copy of the Emancipation Proclamation.  But he wasn’t lying about his intentions for the Union.  His final sentence, “I have here stated my purpose according to my view of official duty; and I intend no modification of my oft-expressed personal wish that all men every where could be free,” points out the distinction between constitutional responsibility and personal, moral obligation.

Using a faux-humble capitulation, he persuades the reader to walk the “high road” with him.   And it worked.  The letter was venerated in the North, and on January 1, 1863, the Emancipation Proclamation was issued.  Clearly Lincoln sincerely believed it was in the Union’s best interest to remove slavery from their activities.  But first he had to make sure everyone knew why he thought it best to do so.