I love America!  I love the Stars and Stripes and Patriotism.  Reading Walt Whitman's poem,
"I Hear America Singing" causes me to want to join in. 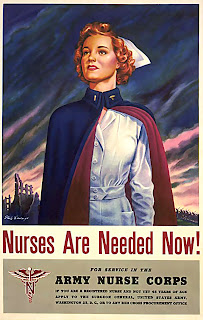 Whitman's theme "sings" of how independent individuals  collectively make this country great. His poem speaks of the industrious, hard working people who do their part to make the world better.  People who are proud of their trade, "The carpenter, The mason, The boatman, The shoemaker" and others who "sing" because they have opportunity to work and contribute.

The rhythm, created through alliteration, which is the repetition of the initial consonant sounds of a sequence of words, such as in his use of "the" and "sing," which mirror the repetition of each workers action's as they do their work.

Whitman uses metaphors in the sounds and actions of laborers working, comparing them to music, "the varied carols I hear, Those of mechanics, each one singing his as it should be blithe and strong." 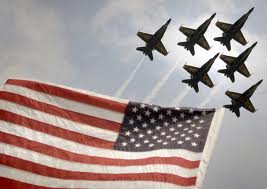 To unite these varied people and trades, Whitman uses free verse to celebrate the freedom each citizen enjoys.