I just learned about drama's "fourth wall."  It is one of those things you are only semi-aware of, but makes you pause and think about it when you know it actually has a name. 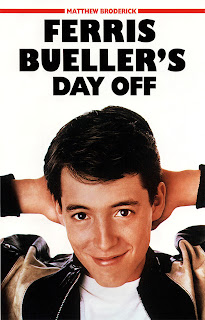 The fourth wall is the invisible wall that divides the characters from the audience.  If the fourth wall was actually built in, spectators would not be able to see what the performers were doing.  The reason for this imaginary wall is that the actors should not acknowledge the audience is watching them.  It would destroy the illusion to show the audience the actors are aware of their presence.

In Ferris Bueller's Day Off,  Ferris breaks the fourth wall when he looks into audience through the camera lens to explain how to fake illness and when he tells everyone to go home after the credits are over.

This is a very old trope.  The fourth wall was frequently broken in Elizabethan and Restoration drama.  Actors in Shakespeare's day would run through the audience chasing other actors and even joke with the audience. They would even ask a spectator to hold a prop in an attempt to hide it. 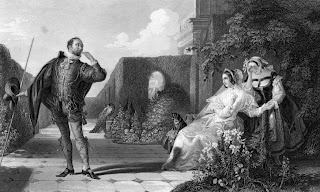 Performers in Ancient Greek theater broke it often as well, which may be when the fourth wall was invented - or may be even before.