Behind the Mask of Drama

On Saturday I went to the theater, or is it theatre?  As little as I know about drama production, it is all the same to me, except I think theatre looks more exotic.  Anyway, I had the opportunity of going to see "The Secret Garden" at the Centerpoint Legacy Theatre.  I had some notion that because "The Secret Garden" is a story about children, that it would be a play made specifically for children. 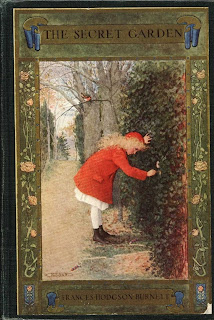 I was in for a marvelous surprise!  Once inside the theatre, I could hear the sweet chirp of a bird, which had the effect of preparing me to enter a garden.  Another surprising element, was that this play was more of a musical than I had supposed.  There were over twenty-five songs, giving the musical an operetta feel all the way through.

I thought it interesting how many of the characters were first depicted as living, and then later became a chorus of ghosts who deliver a large part of the dialogue in the plot development.

The story is about a ten year old girl and her journey to a foreign land as well as a journey to find her life after losing everyone she knows and loves.  Death was depicted by darkening the lights while the characters are dancing to a minuet, and one by one, a red scarf appears next to them.  You soon become aware they were overtaken by cholera, all except Mary, who is found asleep by British authorities in India.

I thought the protagonist would be Mary.  Then her Uncle Archibald enters the scene, and before long it became more apparent he was the protagonist.  Can a play have two protagonists?  Through exposition, I was caring equally about what would happen to both of them.  The plot centers on both as they find new ways to love after losing all they cared about.  This quest to redirect their love is like the secret garden, which becomes a metaphor for something that is lost and forgotten, but with tender care regains it's former brilliance. 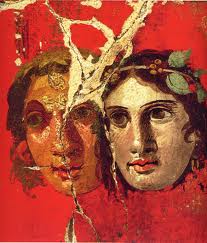 The antagonist is Uncle Archibald's brother who seems bent on taking advantage of Archibald's grief from the loss of his wife.  He also is plotting to take over Archibald's estate by doing away with his son and heir.  He even sings about his love for Archibald's dead wife!  It seems he wants everything his brother has.  Mary intervenes by discovering both Archibald's son and the secret garden, which is the climax of the play.

It is during the denouement, or untying of events that Archibald, his son, Colin, and Mary finally find love redirected.

During the performance, I became aware of the magic of drama and how real issues of life can be depicted and masked through different forms and disguises.