Thumbing through the sonnets, I ran across Sonnet 122 and was immediately arrested by the imagery.

Thy gift, thy tables, are within my brain
Full character'd with lasting memory,
Which shall above that idle rank remain
Beyond all date, even to eternity;
Or at the least, so long as brain and heart
Have faculty by nature to subsist;
Till each to razed oblivion yield his part
Of thee, thy record never can be miss'd.
That poor retention could not so much hold,
Nor need I tallies thy dear love to score;
Therefore to give them from me was I bold,
To trust those tables that receive thee more:
To keep an adjunct to remember thee
Were to import forgetfulness in me.

After mulling it over throughout the day, and re-reading it several times, I've come to realize that it is less a love poem to the Fair Youth and more a meditation on memory itself. 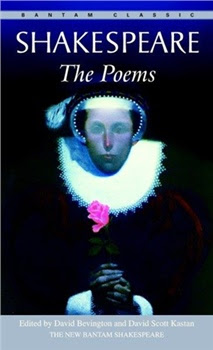 What completely staggered me about 122 is its foreshadowing of modern media and modes of memory. Memorize originally meant to commit to writing. I sometimes feel that I am at the vanguard of a dying civilization, with the waves of an endless ocean of information lapping at my feet. Sometimes, the Internet is simply too much. An actual photograph is an object which we can imbue with meaning. A digital photograph is more like a signifier—pointing to something else.


Which side does Shakespeare take?

Your iPad is within my brain
your record can never be missed
that poor book could not so much hold
I don't need tally marks to keep score of your love
If I need a lowly aid—like a lowly adjunct professor
That'd imply I was somehow forgetful of you.


What scares me about the internet, sometimes, is this idea of razed oblivion. Its impermanence, its transiency.

Shakespeare doesn't need to "tag" his beloved in the Facebook album in his brain to know how he feels. He doesn't need the outward symbols of love. With the very characters of the alphabet, he says that the youth is "full charactered"—spelled out—"with lasting memory."

Very meta: a sonnet about the poverty of sonnets to encapsulate the essence of this other person.

My father had to have his phone replaced, and with it it took my late mother's voicemails.


Or at the least, so long as brain and heart
Have faculty by nature to subsist;
Till each to razed oblivion yield his part
Of thee, thy record never can be miss'd.

He felt that he was losing her bit by bit. But as long as I have memory, I can imagine her voice, both in the brain and in the heart.

Would you be willing to give up all evidence of someone you love, as Shakespeare does, trusting that the "tables in the brain" would suffice?

The God of the New Testament does:

You show that you are a letter from Christ, the result of our ministry, written not with ink but with the Spirit of the living God, not on tablets of stone but on tablets of human hearts.