After leaving Dr. Burton's office today,  I was reminded of the readings that are due tomorrow, but.... 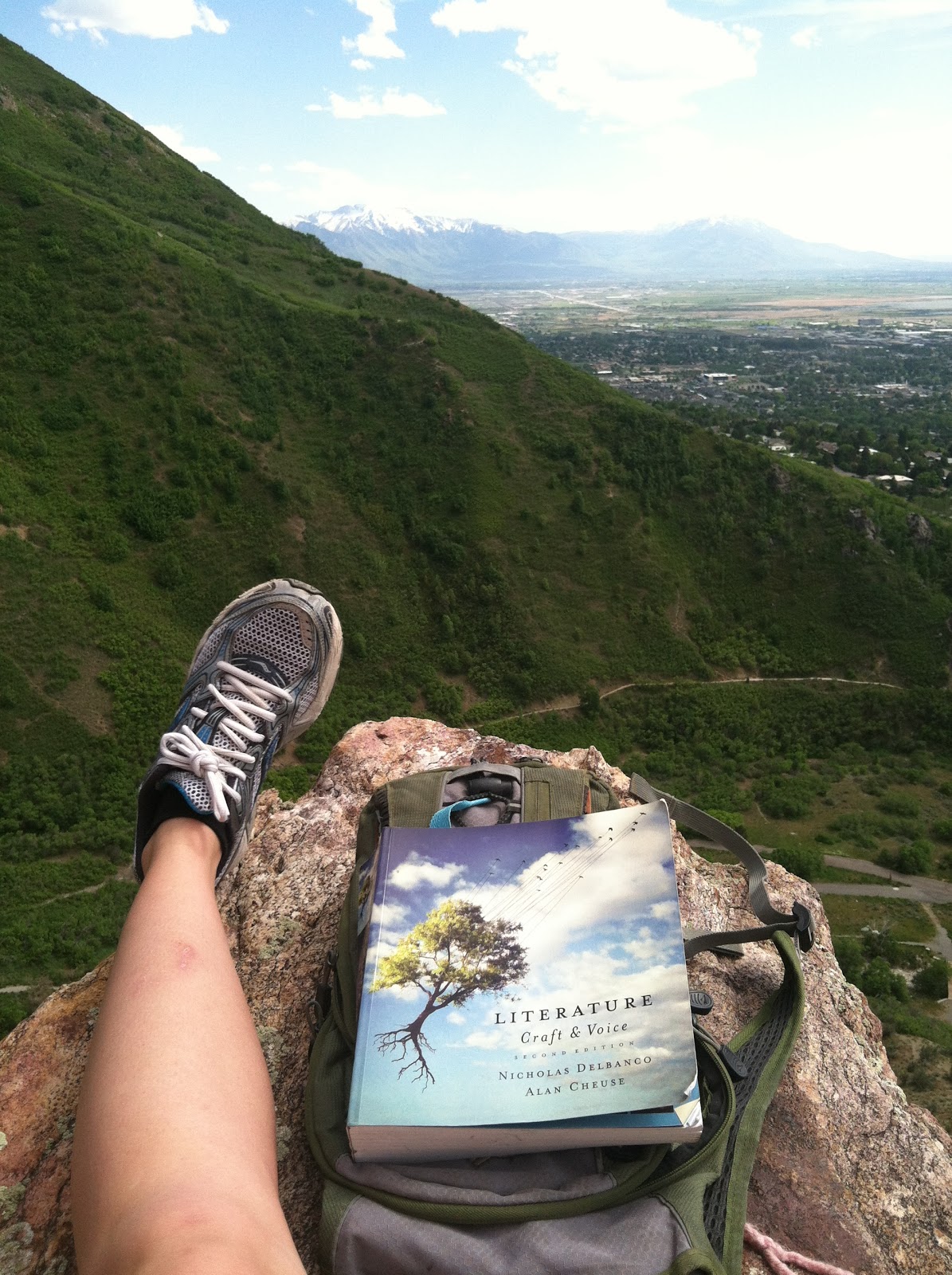 I so badly wanted to go climbing.

Climbing?  Or reading.  Outdoors or indoors.....

While I sat there and read Death of a Salesman atop an orange peak, I thought, If this was being performed live, in front of me, how well would I pay attention?

I probably wouldn't pay attention.  I would be distracted by the huge green mountains, and the ardent wind.  All the elements that would be vying for my attention...would definitely win.

Even while reading, God's hand was trying to flip the pages, testing my attention span...

That got me thinking about the physical setting of a play or stage production.  The importance of set construction and how well a director can draw you into a scene, simply by what is visually presented or represented.

Edward Albee said this: "A play exists on the page completely as an artwork if it is an artwork, but for anybody to really involve themselves in it...it has to be performed."

So, with that in mind, I want to argue that an audience can be more emotionally involved in a performance--more engaged in a production--when any and all other distractions are cancelled out.  This sounds like a Duh thing, but I think that's why I'm not the biggest fan of theater "in the round," or Shakespeare in the Park kind of stuff.  In the round, I can see other audience members.  They're backstage, from my viewpoint.

I prefer to truly be transported into another world of sorts.  Where I can "assume that [I'm] watching the action as if the fourth wall of the room has been removed so that [I] can look in on the private lives" of a number of different characters.
Posted by Unknown at 5/22/2013 07:28:00 PM