After re-reading Scene I Act I of "The Importance of Being Earnest" by Oscar Wilde for the first time since high school, I was reminded of its wit and cynical tone.  Off the bat, Algernon appears to have a very modern and contemporary way of thinking/being.  He comes across as quite argumentative and holds the confidence that he can read others well.  This is shown in Act I when Algernon will not give Earnest/Jack his cigarette case back knowing full well that it belongs to Earnest.  He just argues for the sake of arguing. 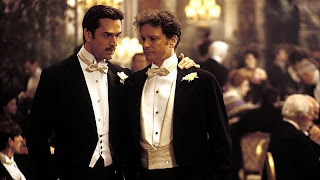 I am especially drawn to the following exchange:

Jack. Of course it’s mine. [Moving to him.] You have seen me with it a hundred times, and you have no right whatsoever to read what is written inside. It is a very ungentlemanly thing to read a private cigarette case.

Jack. I am quite aware of the fact, and I don’t propose to discuss modern culture. It isn’t the sort of thing one should talk of in private. I simply want my cigarette case back.

Seemingly, Algernon has thought about this aspect of the culture at the time.  Maybe, I came to this conclusion because I was reading the dialogue without verbal pauses or hesitations.  To my imagination, Algernon was quick to respond with this line, making me think it was not a new ideal to him.  This seems to go for most remarks that Algernon makes.  They are representations of his thoughts.

Algernon is careless and inconsiderate of others people's feelings and does not hesitate to lie; hence his fictional Bunbury.  However, all of his witty and sharp comments show at least a glimpse into his argumentative and complex mind. 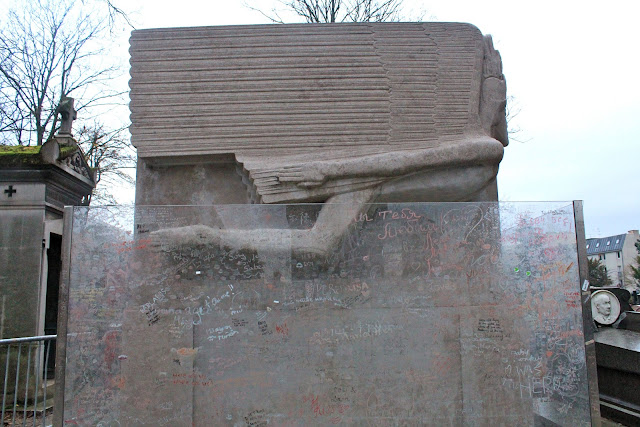 Also, I had to mention that this past Winter, I was able to go to the wondrous Cimitière du Père Lachaisse in Paris, where one can find the grave of Oscar Wilde.  The glass wall surrounding the actual grave was summoned due to the cult practice of leaving the mark of red lips on it.  You can see from the photo, however, that some still choose to do so.  I was planning on paying my respects in this manner as well, but I would have had to hop some fences and the kissing the glass seemed disgustingly unsanitary.
Posted by Caitlyn Pearson at 5/22/2013 04:31:00 PM

Email ThisBlogThis!Share to TwitterShare to FacebookShare to Pinterest
Labels: Algernon, character analysis, Importance of Being Earnest, posted by Caitlyn