A&P: Analysis of an Analysis

The story, A&P by John Updike is almost entirely an analysis by the main character, except for the few sentences of dialogue.  It is essentially a realistic yet polished and vivid look into the mind of this young man where every miniscule yet nonetheless dense thought is written out.  He is analyzing everything he sees throughout the story and as a builded up closing marker, when he finally acts based on his analysis and does so in the rather rash way of quitting his job.

I feel it is important to consider the historical context of this piece of literature.  It was written in 1961, a year and era that most would stereotype as conservative and sheltered.  The story must have been quite racy for the time when the narrator is describing very visual details about each of the three women's figures.  The tone of his descriptions of these physical appearance is fairly sexual especially when talking about Queenie, which could not have been accepted as appropriate at the time.  For example, when Lengel speaks to the girls about their inappropriate attire.  The narrator, who the reader has a connection to due to knowing all of his thoughts, rejects Lengel and his behavior and powerfully quits, exposing the reader to that feeling of anger and desire for righteousness.  This is  an argument against the too conservative ideas of the time, at least thought by Updike. 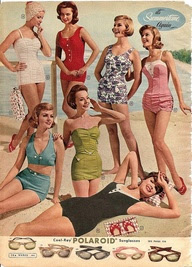 Email ThisBlogThis!Share to TwitterShare to FacebookShare to Pinterest
Labels: posted by Caitlyn