My Shakesperience. (I'm killin' it with the puns.)

Utah Shakespeare in the Park.   It did have a youthful quality about it.  Each actor was zealous in their portrayal of their characters, and at some points, I think, over-zealous.  And just so I don't sound like a frigid spectator, I'll dish out all the compliments I can before I get to the criticism.

Also,  for some reason I thought this was a high school production, going into it.  Then I saw this guy... 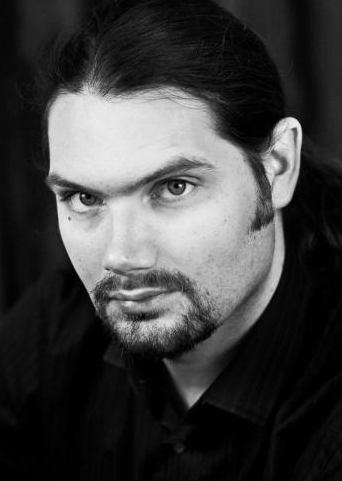 And thought....Yeah. No. Definitely not.

The greatest credits to the cast were Hermia, played by Sarah-Lucy Hill, and Lysander, played by Stephen Hold.  Very genuine, professional performances.  They didn't over-do it.  That can be uncomfortable to watch.

I loved that the costumes weren't elaborate.  Understating the visual fluff is an unspoken ode to Shakespeare's work.

Because I'm so familiar with A Midsummer's Night Dream,  I didn't have a problem following the plot and decoding the archaic dialogue.  However, I do think it was easy for the audience to follow, the way they set it up and used the available space to play out the scenes.  That's based on reaction of the audience.  That was well-played.

With all due respect to their very invested performance, they made a novice mistake in approaching a Shakespearean script:  contrived portrayals and reactions.  The best acting is done by RE-acting.  I felt like--rather than allowing each character to have his or her appropriate moment of high-energy--they were all clawing for attention, which made it a little exhausting to watch.

It was free, they're unpaid actors, and they love what they do, so.  My hat goes off to them.  Whatever that may imply.