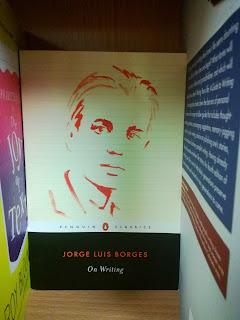 I decided to stalk the shelves of the BYU Bookstore to see titles that caught my eye. This is the first in an infinite-part series on interesting non-fiction titles—and what's between the covers.

I love non-fiction. Of the last 10 books I read, 5 were non-fiction. Philosophy, psychology, feminist history: there's so much out there to mine! The other thing I love about it is the variation in length. The first time Montaigne essayait (attempted) to turn his lens inward, he unleashed a new kind of writing on the world.

Borges is a powerhouse of an author: novels, short stories, magical realism, and criticism.

I got instantly drawn in to his essay "Verbiage for Poems." 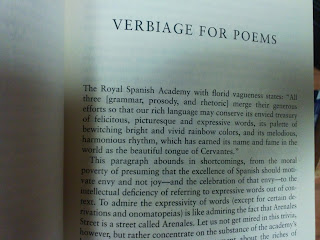 His insult of "florid vagueness" can be applied to many linguists and literary theorists today. His takedown of the idea that there is An Ideal Language for Poetry is swift and convincing. Spanish critics had hailed theirs as the true lenguaje de la poesía because of its much larger vocabulary compared to French. He refuses to believe this is relevant, stating that in that case, ideas would be "impoverished unless they are thought in German and English, each of whose dictionaries have amassed over 100,000 words."

This is what good criticism looks like. His tone is witty, and he argues with specific rhetorical devices like onomatopoeia.

I hope that as a group we can delve into to persuasive essays, those which prove a point.