The Hound of Heaven


I started this week diving into poetry with the end goal to pick apart the poem The Hound of Heaven, by Francis Thompson. My friend's grandpa sent it to me many years ago after I had been ill for quite some time. I read it over and over, not thinking of terms such as rhythm, metaphor, personification, hyperbole, or other terms used to describe poetry. I just knew I liked it. The words caused me to feel powerful emotions. I felt it was written for me. Today, I attempted synthesize those feelings with more specific literary terms, in order to describe why it means something to me.

Francis Thompson's life is considered depressing by most. He had constant issues with his health, and he was addicted to opiates for most of his life. He was in love witha prostitute and died of tuberculosis in 1907.  Although a bit tormented, he was a strong believer in the church (catholic), which lead him to write  the 182 line poem titled The Hound of Heaven.

In this first stanza the speaker (the hare) begins to tell of his attempted flight from the fiercely persistent hound. This behavior is characteristic of a dog and a rabbit, but of course they symbolizes something else.  The poem is a metaphor, in which the speaker is really Thompson, and the hound is God. Specifically, God’s love. It wasn’t new to take experiences from life to describe love, but this depiction of God as a hound is radical, especially to the early twentieth century.

In the second stanza, the speaker runs from place to place and thing to thing, each time looking for something to bring him solace. In desperation he pleads to the light for it to be swift and to the darkness for it to come soon, so he may hide from the hound.  In the third stanza he continues in the same path, this time he seeks solace in a woman, whom he describes in terms of nature--a personification.

This descriptive phrase is at the close of 4 of the 5 stanzas.  It’s an ironic way to describe a chase. “Unhurrying” is the opposite of a chase, an oxymoron, while the pace of the hound being described as “unperterved” is in direct contrast with the stressed out speaker. In the first three stanzas God speaks ironically calling to his pursuer in a parallel structure, basically “things that don’t do (will do) this for me, won’t do (will do) that for you.”

The poem is old-fashioned, even to an early 20th century poet.  The dignified language is similar that of the King James Bible, adding to the religious aspect. Many lines are iambs, and contain end rhymes, though a few lines contain internal rhyme to add emphasis (“ah, fondest, blindest, weakest”). This line: “My harness piece by piece Thou hast hewn from me” is palindromic where emphasized.

Ultimately the speaker, or the hare, realizes that the only way he can be happy is to stop fleeing from his pursuer.  He considers his own worthiness for happiness and love (and God confirms that he really isn’t), and that perhaps the shadow in his life was God’s outstretched hand.

For me, this poem helped me understand myself, and God in a new way. It's not just the content, but the way it's presented that makes it powerful. 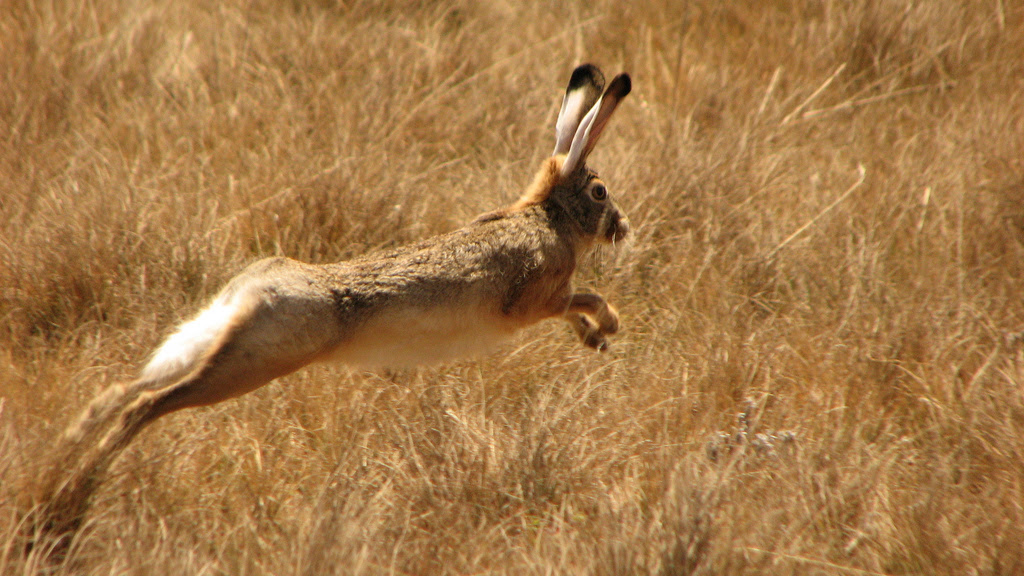 Email ThisBlogThis!Share to TwitterShare to FacebookShare to Pinterest
Labels: Francis, God, The Hound of Heaven, Thompson